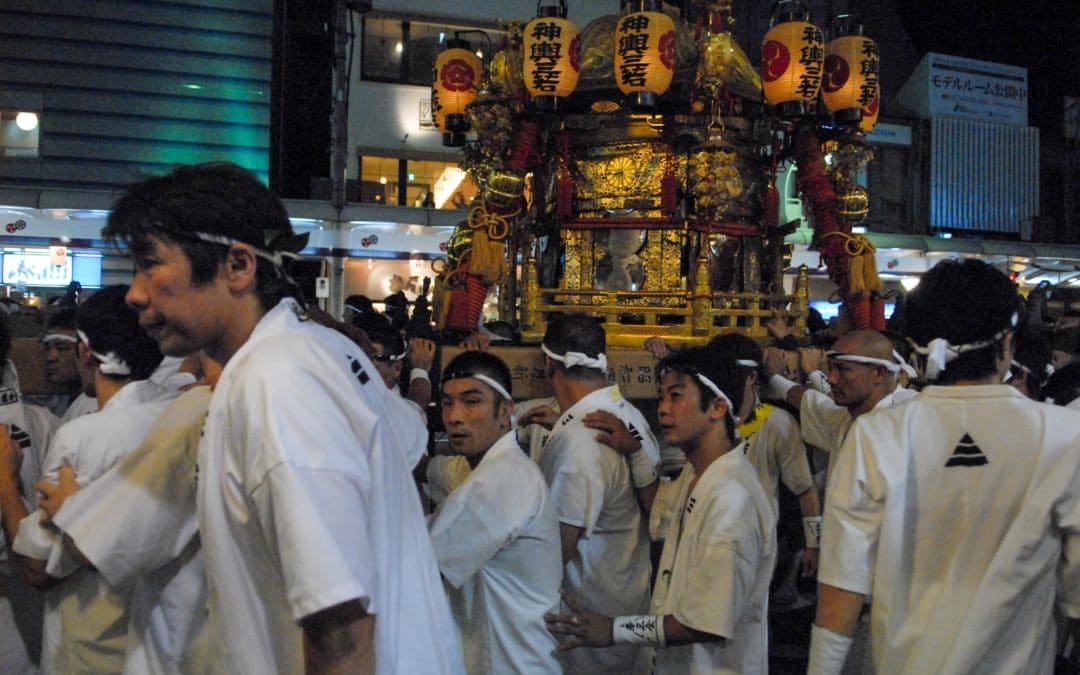 Won’t happen in Gion Matsuri 2020: Usually thousands of men carry the portable miyoshi shrines shoulder to shoulder during the shinkōsai procession on July 17.

Crowds are a major feature of the Gion Festival floats’ processions.

More than a million people visit the Gion Festival each year. For Gion Festival 2020, surely the organizers decided that the risk of spreading the coronavirus amid such a concentrated gathering of people is too great.

Historically, the Gion Festival has occurred almost continuously since the year 869, when it began to pray for the end of plague, or to prevent them. So to declare the Gion Festival canceled under these conditions is surely very difficult. The festival is also a major economic driver for Kyoto’s economy.

The floats’ hikizome test pulls on July 12 and 20 are also canceled. The Association and chōnai communities who put on the Gion Festival will watch how the corona virus situation develops, and decide in months to come whether other aspects of the festival––such as building the yamaboko floats––may still take place.

In such a case, perhaps only float patrons would be allowed inside the float kaisho meeting places, and no activities would take place at night, the Association representative said.

The Gion Festival deities are traditionally transported from Yasaka Shrine to central Kyoto in portable shrines in a ritual procession called the shinkōsai on the evening and night of July 17. They’re returned in a ritual procession called the kankōsai on the night of July 24. Instead of processions, rituals will take place with the deities and the portable mikoshi shrines inside the Yasaka Shrine compound. 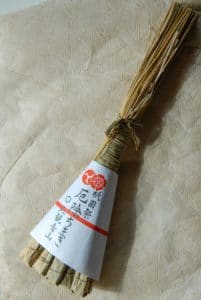 The Gion Festival chimaki are a popular talisman, believed to protect homes and businesses from harm.

The Gion Festival chimaki talismans are very famous and popular items for festival visitors. They’re also a major income generator for the festival and the rural residents who produce them. “Chimaki are a festival tradition we’d like to honor somehow,” the Association representative said.

By tradition, people hang chimaki outside the doors of their homes and businesses to keep illness and other harm away.