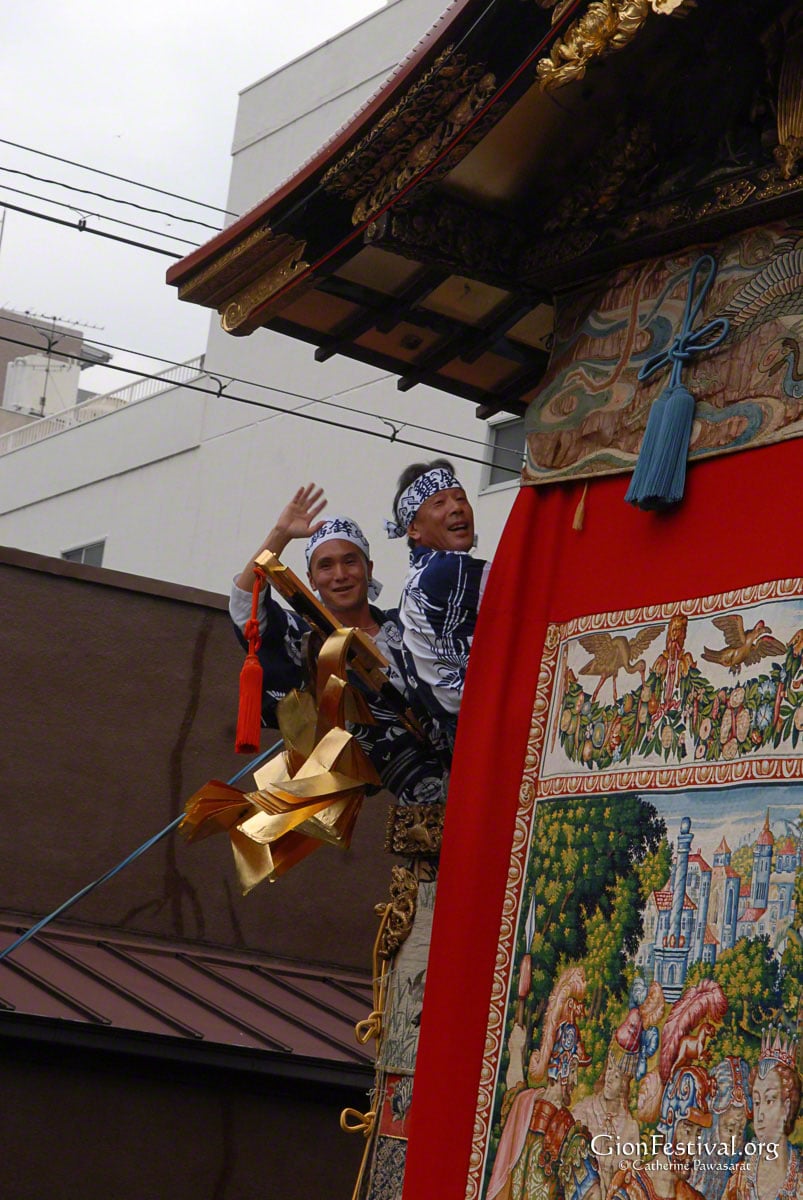 Enjoying the festival can be synonymous with spreading peace: musicians on the Niwatori Boko. See the Gobelin replica on the back of the float.

Niwatori Boko embodies a celebration of peace. In ancient China, the legendary Emperor Yao (ca. 2300 B.C.E.) ordered a large drum placed in the center of town, instructing residents to beat the drum in case of a complaint. His reign was so tranquil that eventually chickens nested inside the drum, manifesting a symbol of peace. “Niwatori” means “chicken, and this float celebrates that peacefulness. Niwatori Boko’s 17th-century Gobelin tapestry is an Important Cultural Property, and float records show that the tapestry was purchased in 1815 for 200 ryō. One ryō was worth the equivalent of enough rice to feed a person for a year.

The tales the Gion Festival tapestries could tell: though no records exist, evidence indicates that they were acquired on an international diplomatic mission sent by Sendai daimyō Date Masamune in the early 1600s. Visiting the Philippines, New Spain (Mexico) and Europe, and meeting personages including the King of Spain and the Pope, the tapestries were most likely gifts from the same to the “King of Japan.”

How did these textiles end up in the Gion Festival? See the Koi Yama webpage for more. Meanwhile, information on the exquisite Japanese and Asian textiles can be more challenging to come by; many research discoveries await us.

Young women from the Ikenobo University claim the Niwatori Boko as their own.

This float’s chōnai includes the Ikenobo women’s junior college, affiliated with the historic Ikenobo, a major ikebana flower-arranging school. Though the Gion Festival is officially all male, the young women claim the float as their own, helping make for one of the more colorful chōnai. 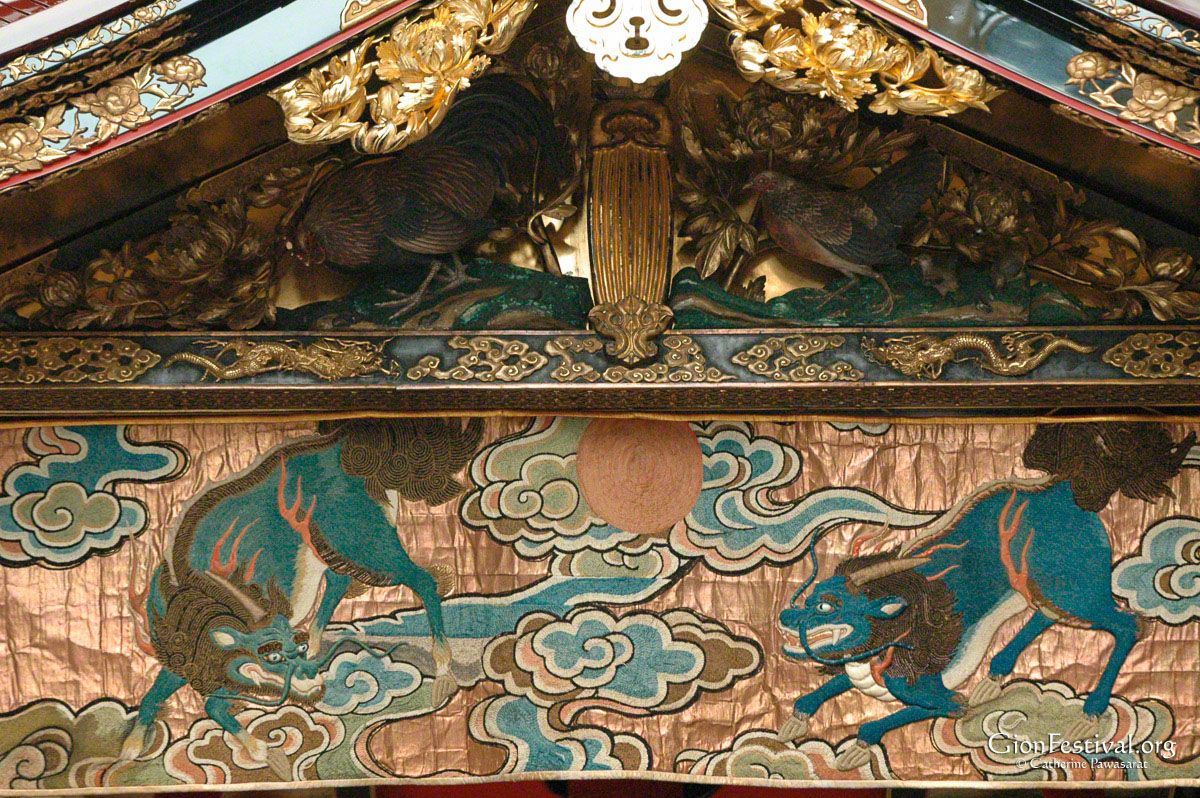