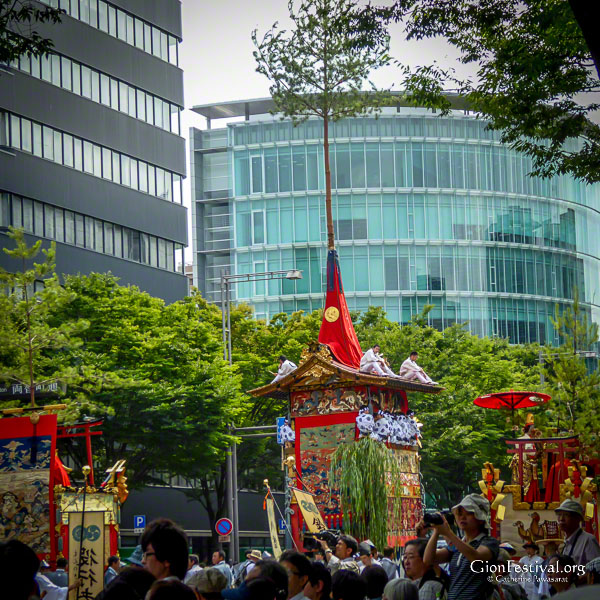 Enjoying several yama lined up backed by greenery during the relatively cool morning – some benefits of the ato matsuri.

The Gion Festival’s eye-catching float display has two parts. The first is the larger saki matsuri (“early festival”) from July 10-17. Next comes the more intimate ato matsuri (“later festival”) from July 18-24. Traditionally, the saki matsuri is when Kyoto townspeople welcome the Yasaka Shrine deities to come purify downtown Kyoto. The ato matsuri is like a ritual bidding the deities farewell before they go back to Yasaka Shrine. Meanwhile, each of the float’s own deities also purify or bless the city and its people for the upcoming year. It peaks on July 24 with the floats procession, followed by the raucous night of returning the the main three Gion Festival deities in their mikoshi mobile shrines back to Yasaka Shrine. It all sounds so spiritual. In truth however the processions and festival are very worldly. Still, some festival patrons and visitors have deeply spiritual connections with the festival and its deities. But for most, the Gion Festival’s appeal lies in its history, culture, community, or just the excuse for a good time. 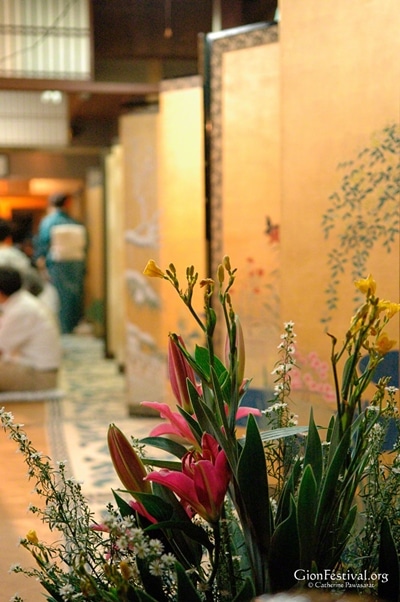 Displaying family heirlooms for guests and the general public is part of the byōbu matsuri, a Gion Festival subfestival.

For the ato matsuri, the yamaboko floats are constructed and the treasure display areas are organized beginning from July 18th with the Ōfune Boko. Then from July 19th communities begin building the large yama: Minami Kannon Yama and Kita Kannon Yama, plus Koi Yama. The other yama begin construction and treasure display on the 20th. Everything is on display to the public on July 21, 22 and 23, from about 9am until around 9pm. The three largest floats may play music until 10 or 11pm on those nights. Meanwhile, local residents and companies share the spirit by displaying their own private treasures, in a subfestival called the byōbu matsuri or “folding screen festival.” With 11 floats, the ato matsuri is about half the size of the saki matsuri, and street stalls are not a part of the ato matsuri. This makes it less crowded, with more of the neighborhood feel of yesteryear. The ato matsuri’s procession of floats takes place on July 24. The route is the same as the saki matsuri, but in the opposite direction. 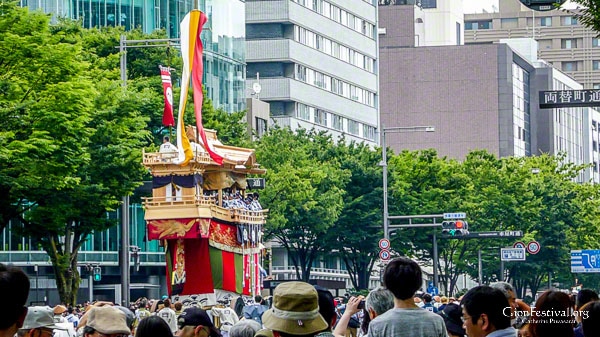 The Gion Festival returned to its original dual format in 2014. In the same year Ōfune Boko was “relaunched” into the ato matsuri, after a 125-year absence. With ongoing economic challenges, tsunami- and radiation-related concerns, this dual phoenix-like recovery gave Kyotoites and Japanese much to celebrate.