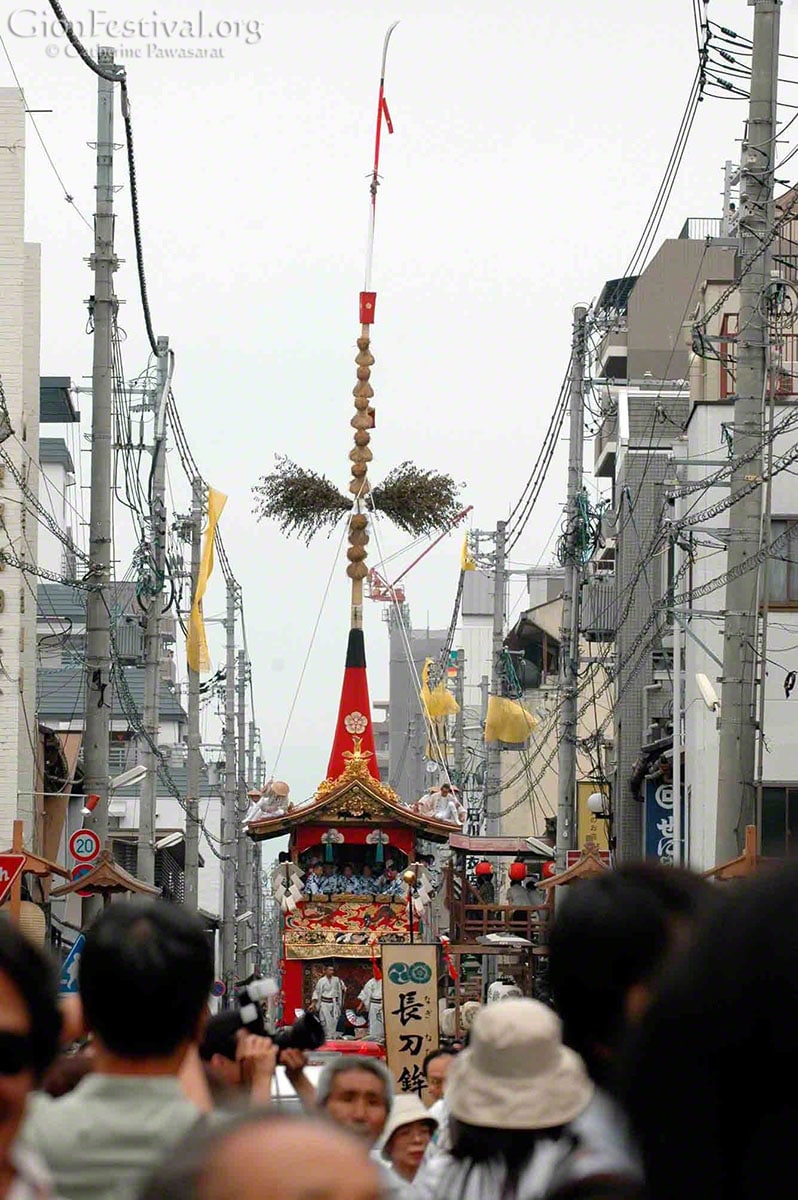 Naginata Boko’s easily recognizable by its distinctive long sword or halberd atop its central pole.

By tradition Naginata Boko is the first float in the Gion Festival annual procession on July 17. Therefore it’s featured in every form of Japanese mass media, and is easily the best-known float nationwide. It’s instantly recognizable by the naginata halberd sword on the top of its shingi central pole.

Legendary swordsmith Sanjo Munechika crafted the original halberd sword in the 10th century. Legend holds that it possesses mystical and healing properties. Munechika and his magical swordmaking are the subject of the noh play Kokaji.

Naginata Boko is also famous for the three young boys riding at the front of the float, in ceremonial costume and make up. The central one is called the chigo, literally “immature child,” indicating purity. Remember, the Gion Festival is a collection of countless purification rituals.  Being chosen as Naginata float’s chigo is a great honor for a Kyoto family.

Though originally all the hoko floats had them, Naginata Boko is the only float that still has a ceremonial young chigo child riding at its front. (Ayagasa Boko also has chigo, but not on their float.) Historically the chigo-san underwent rigorous month-long purification rituals before the festival. This made them better vehicles for the divine energies summoned during the festival. 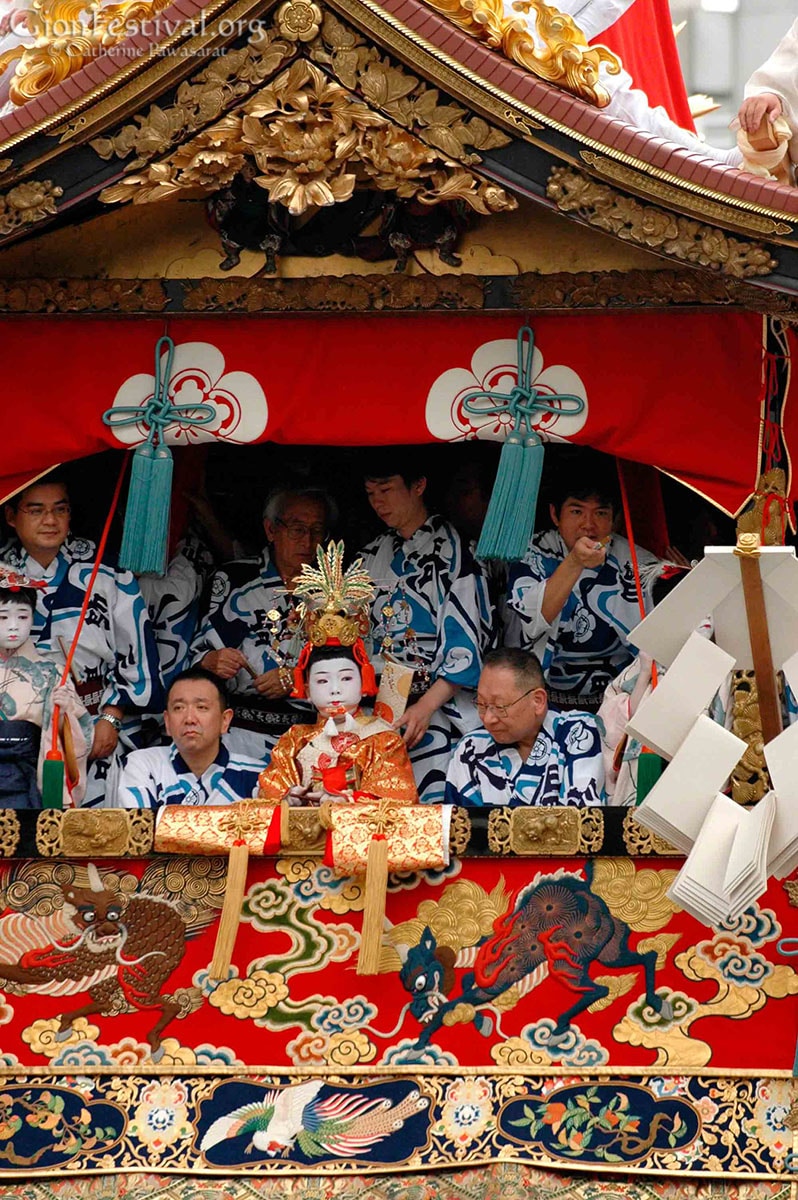 Being chosen as a chigo-san is a great honor for a Kyoto family.

Today the preparations are less rigorous, but the chigo is still the center of numerous ceremonies throughout the month of July. For one, he opens the Gion Festival procession on July 17 by cutting a sacred rope with a real sword.

Delighting in the senses

From the afternoon of July 13 through July 16, purchasing a souvenir at Naginata float gains you entrance to view some of the Naginata Boko’s beautiful treasures on the second storey of its neighborhood meeting place. This is one of the festival’s more spacious display areas.

In general we can best appreciate festival art treasures with an eye for detail. See how the metal tassel-mounts on display so accurately represent different insects (can you name them?), for example. Or marvel at the damask kimono, handwoven before jacquard looms existed. This is the kind of cultural sophistication for which Kyoto’s kimono merchants have long prided themselves, rivaling the ancient capital’s aristocrats.

Not into the refined details? That’s ok! Alternatively, surrender to the otherworldly sensations of the overall experience: the riot of artwork, Shinto offerings everywhere, the rarified music, and mixed fragrances wafting from food stalls and incense.

For more on Naginata Boko

And to really learn more about the Gion Festival, get my book, The Gion Festival: Exploring Its Mysteries. It’s designed to both to help you navigate the vast Gion Matsuri universe, and to plan your visit. It has received glowing feedback from Gion Festival community leadership and prominent international experts on Kyoto culture.