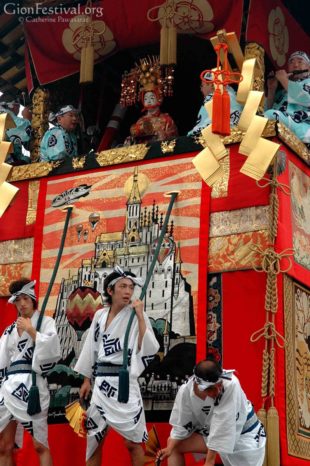 Men across generations test their concentration and endurance in the various festival roles.

The Kankō Boko is by tradition always the second hoko in the procession, after Naginata Boko (yama come between the two). As such its community members embrace the liberal attitudes of a family’s second son, compared to Naginata Boko’s more orthodox upholding of tradition.

For example, Kankō Boko is remarkably outspoken about its support of women in the Gion Festival. Officially the festival is men-only, and has been for at least three centuries. Nonetheless Kankō Boko’s gionbayashi musical troupe has openly included women for the last two decades. It was one of the first communities to allow women to board its float during the yoiyama celebrations July 14-16.

Since 2017 it’s been experimenting with 3-D video, so that people can experience the Kanko Boko music and environment via the internet. 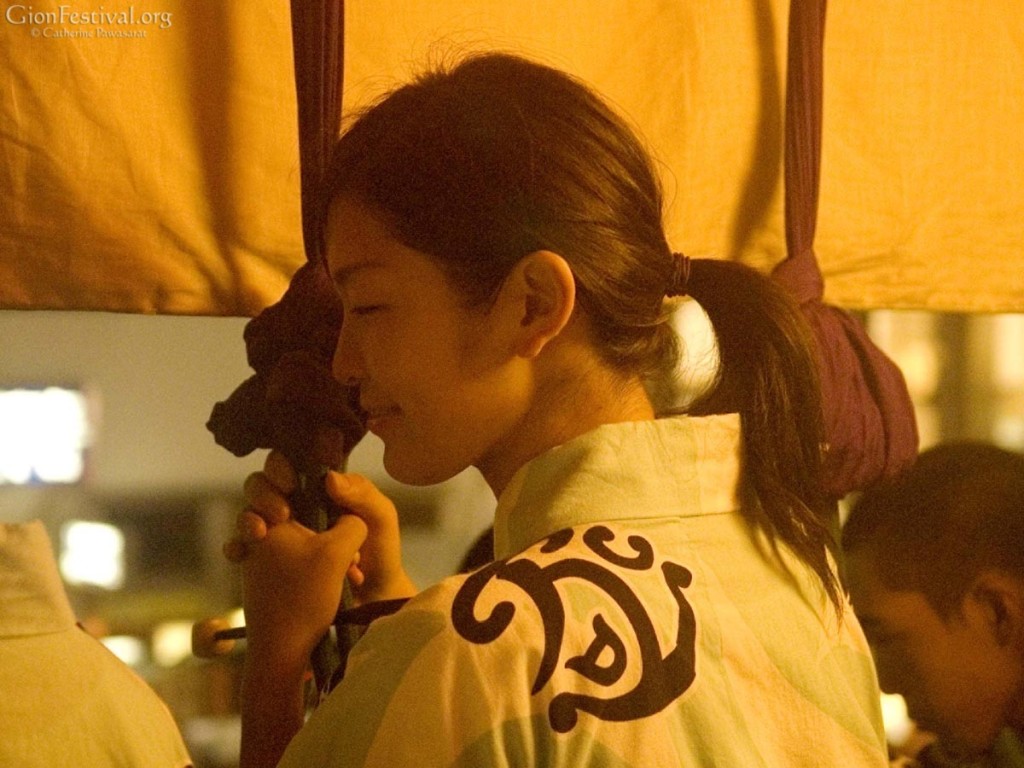 Women’s role in the Gion Festival is topical nowadays, probably not for the first time in the festival’s millennium of existence.

Kankō is the Japanese name for the Hangu Pass in China’s Shanxi Province. This is a famous strategic fortification in the Great Wall of China.

The Kankō Boko community says their name comes from a unique historical episode. During the Warring States Period, Lord Meng Chang of Qi and his men were in a life-or-death situation in Hangu. He needed to escape through the pass in the middle of the night.

Contemporaries admired Lord Chang for welcoming all kinds of people, and recognizing talent where others did not. He’d had taken under his protection a man whose “talent” was to perfectly mimic any sound. With lives at stake, the man made the sound of a cock crowing, so well that the pass guards believed it was dawn. They opened the gate and unwittingly grant the men their freedom. 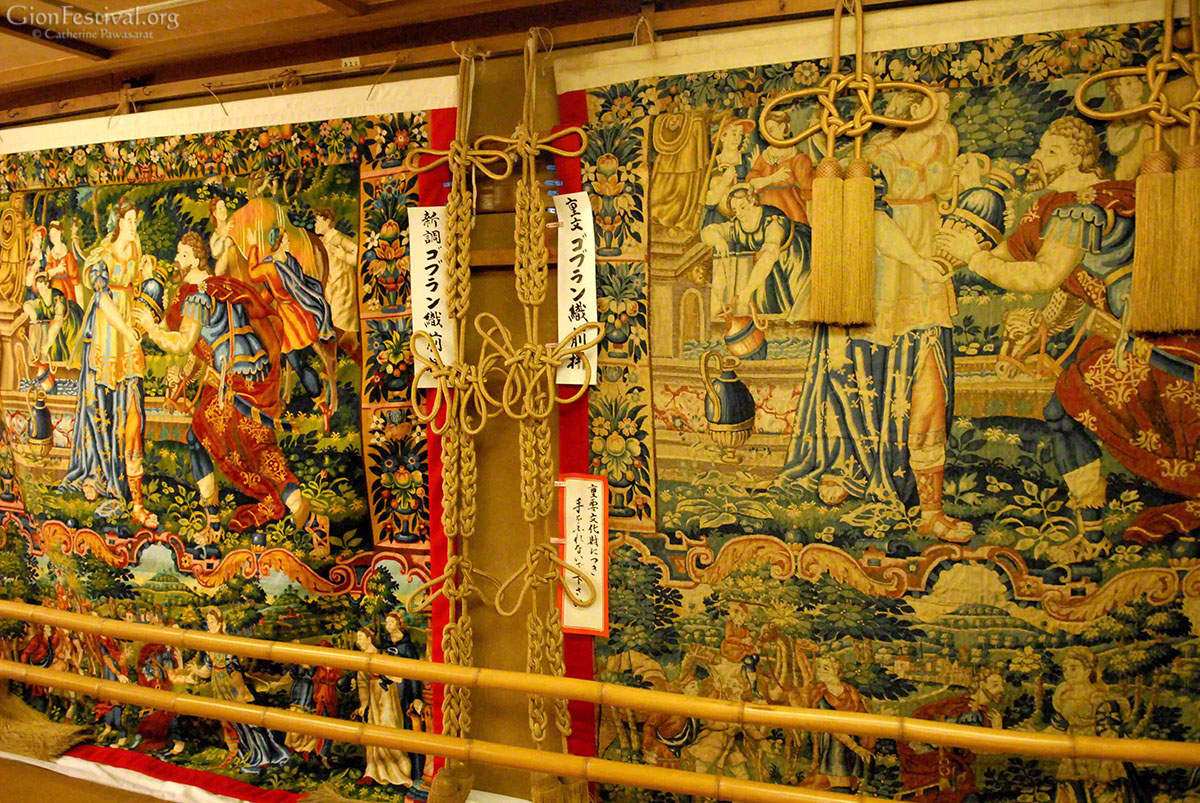 Until recently most of the Gion Festival floats’ history and culture has been passed to us today by word of mouth. The promise of research calls. Why the Kanko Boko community originally chose this tale for their float’s theme, for example, is currently unclear.

Meanwhile, the Hangu Pass is also celebrated as the birthplace of Taoism. According to Taoist legend, Lao Tzu decided to write the Tao Te Ching while traveling through the pass, and he wrote it in Hangu. While numerous other floats’ textile hangings show Taoist scenes (see Hoshō Yama, Hakuga Yama, Tokusa Yama and Kakkyō Yama, for example), there are no known Taoist connections with Kanko Boko float.

Buy my book, “Gion Festival: Exploring Its Mysteries,” to learn more about the spectacular Gion Festival than you can anywhere else. It’s the first English-language guide to the Gion Matsuri in more than 100 years. Plus I share the latest on how Gion Matsuri communities are cultivating social impact in the context of tradition—very cool. Give me the pleasure of gifting you a free excerpt, available here.