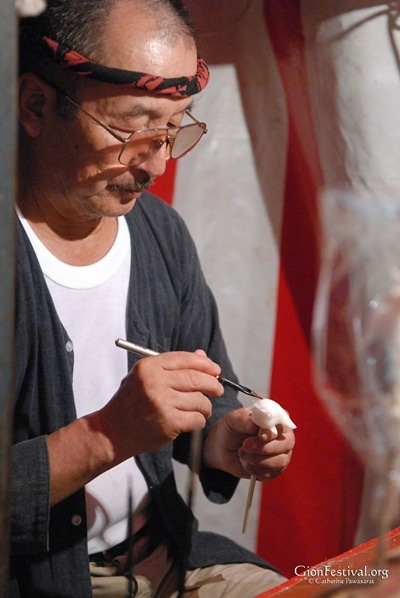 The Gion festival exists thanks to a unique coming together of essentially autonomous neighborhood associations, called chōnai. The chōnai are essential: each one is in charge of its own float and its treasures. The festival’s 1100 years of illustrious history represents a triumph of community collaboration difficult to match anywhere on the planet. 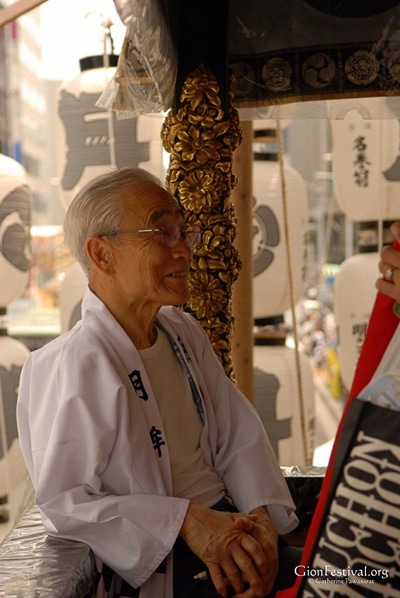 Each chōnai consists of half a city block, with the block cut diagonally across the middle like a sandwich: each half comprises a chōnai. Traditionally a Gion Festival chōnai sponsored, funded, maintained and celebrated its own yamaboko float. The rise and fall of the Gion Festival yamaboko and their treasures mirrored the fluctuations in fortunes of residents of Gion Festival chōnai.

Historically, Gion Festival chōnai members were families and companies in the neighborhood. This was a privilege: prospective residents had to apply, and meet stringent requirements.

Until Japan’s economic bubble burst, this part of Kyoto was the epicenter of the kimono world. When I lived there in the early 1990s, the Gion Festival neighborhood still boasted merchants in kimono, silk, dyers and the like.

Does the Gion Festival still depend on the chōnai?

The collapse of the kimono industry in post-bubble Japan transformed the Gion Festival chōnai. Historical homes and companies have given way to apartment buildings, seasonal residents, and modern businesses like offices, restaurants and convenience stores.

With major growth in non-chōnai support of the Gion Festival–World Heritage status, National 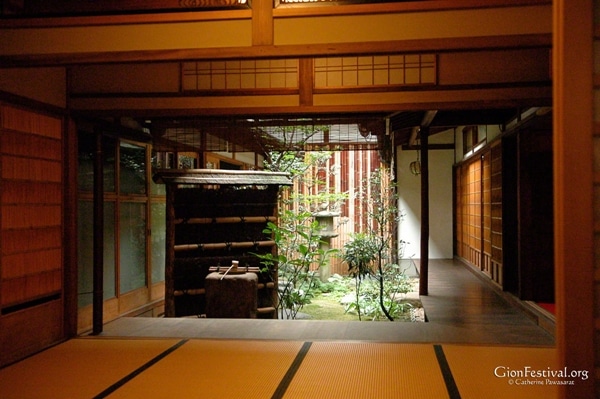 Can anyone be part of the Gion Festival community?

More than a million people visit the Gion Festival each year. That means that visitors like you and me (though mostly Japanese) far outnumber the Gion Festival chōnai members. How can this possibly be sustainable?

I’ve reflected a lot on this. As festival visitors, how can we respond in kind to the festival patrons’ hospitality and generosity?

It’s a surprisingly simple shift in perception: We visitors recognize that we are part of the community. And what do community members do? Support one another.

It may be only for an hour, an evening, or a day. But while we’re at the festival, we can show some appreciation for the Gion Festival chōnai and other community members. It can be a smile, a thank you, or buying a souvenir of a favorite float. After all, these people graciously volunteer to keep the Gion Festival going for us to enjoy. And our appreciation fuels their efforts.

This website is my attempt. I’ve chosen to focus on two things: the spiritual roots of the festival, to help it continue as a meaningful ritual, in whatever way visitors choose to experience. Secondly, I highlight the festival’s sustainability, to support its continuation for centuries to come.