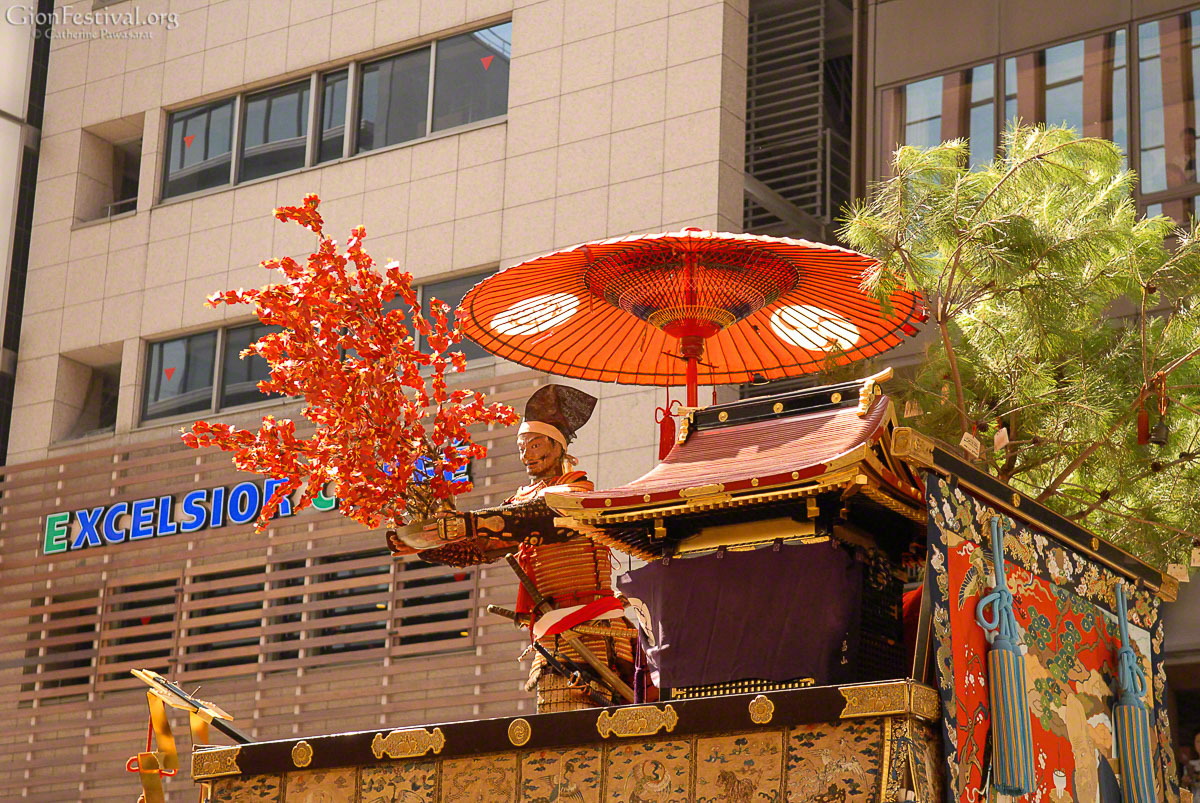 Love motivates us to do many things – like absconding with imperial plum blossoms.

Hoshō Yama relates to romantic love, an uncommon theme in traditional Japanese culture. The deity enshrined here is the 11th-century aristocratic warrior Hoshō Hirai, famed for his courage. Hoshō Yama is located in a two-storey traditional Kyoto townhouse, and the deified Hoshō can bless visitors and passersby for romantic love from his vantage point above the float and street.

Hoshō was brave enough to be in a relationship (marriage back then in Japan was not what we know it as today) with Izumi Shikibu, one of the famed Thirty-Six Immortal Poets, and a woman with a very flamboyant love life for her times. Besides various men, it’s said she loved plum blossoms, and Hoshō risked his life to take some from an imperial palace to give to her; if caught, the penalty would have been death. The float depicts him with those plum blossoms in hand, portraying his combined courage and love for her. 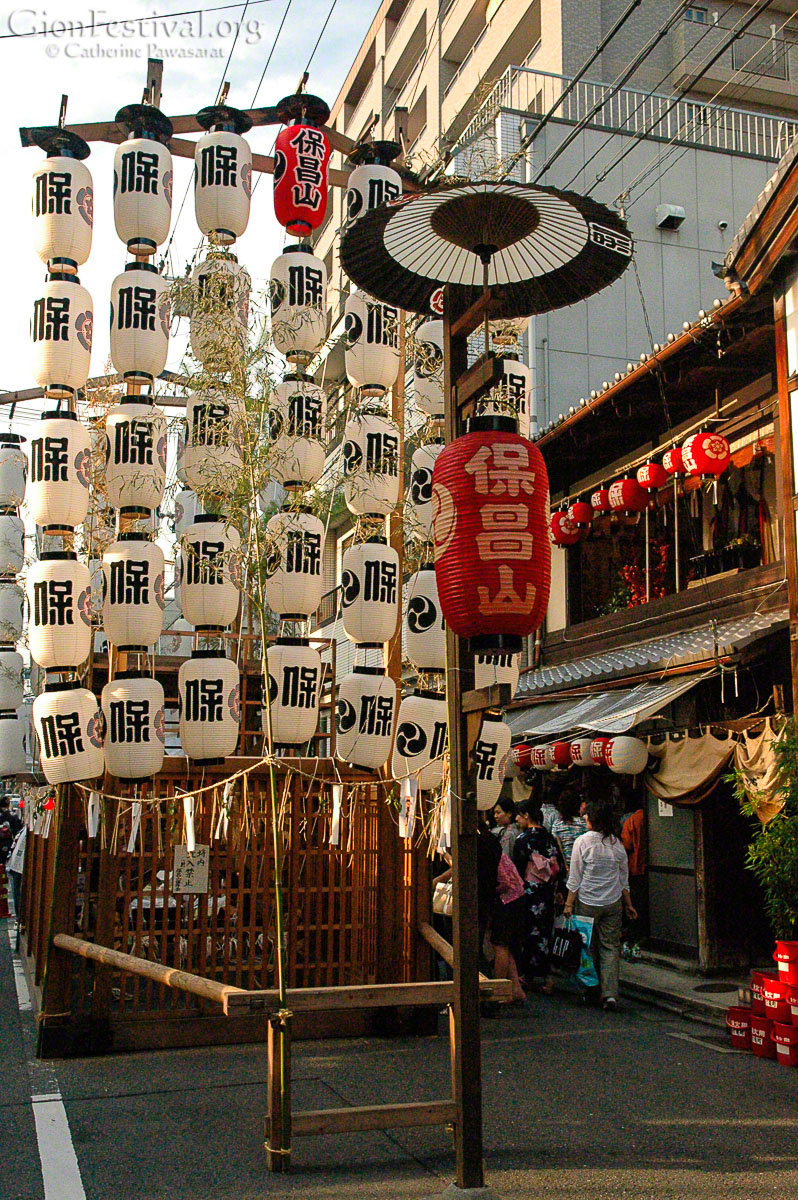 The two-storey machiya townhouse is one style of buildings used by chōnai for the festival.

The head of the sacred statue of Hoshō is nearly 600 years old (!), and, with the float’s antique textiles, famously survived a 1787 fire that devastated the surrounding area. Some of the textiles are based on paintings by the remarkable 18th century artist Maruyama Ōkyo; this float’s treasures include an unusual set in that they have the original Mariuyama paintings, as well as the original textiles made from them, and the recently fabricated replicas as well. Unfortunately public display space is limited, as you’ll observe at every float.