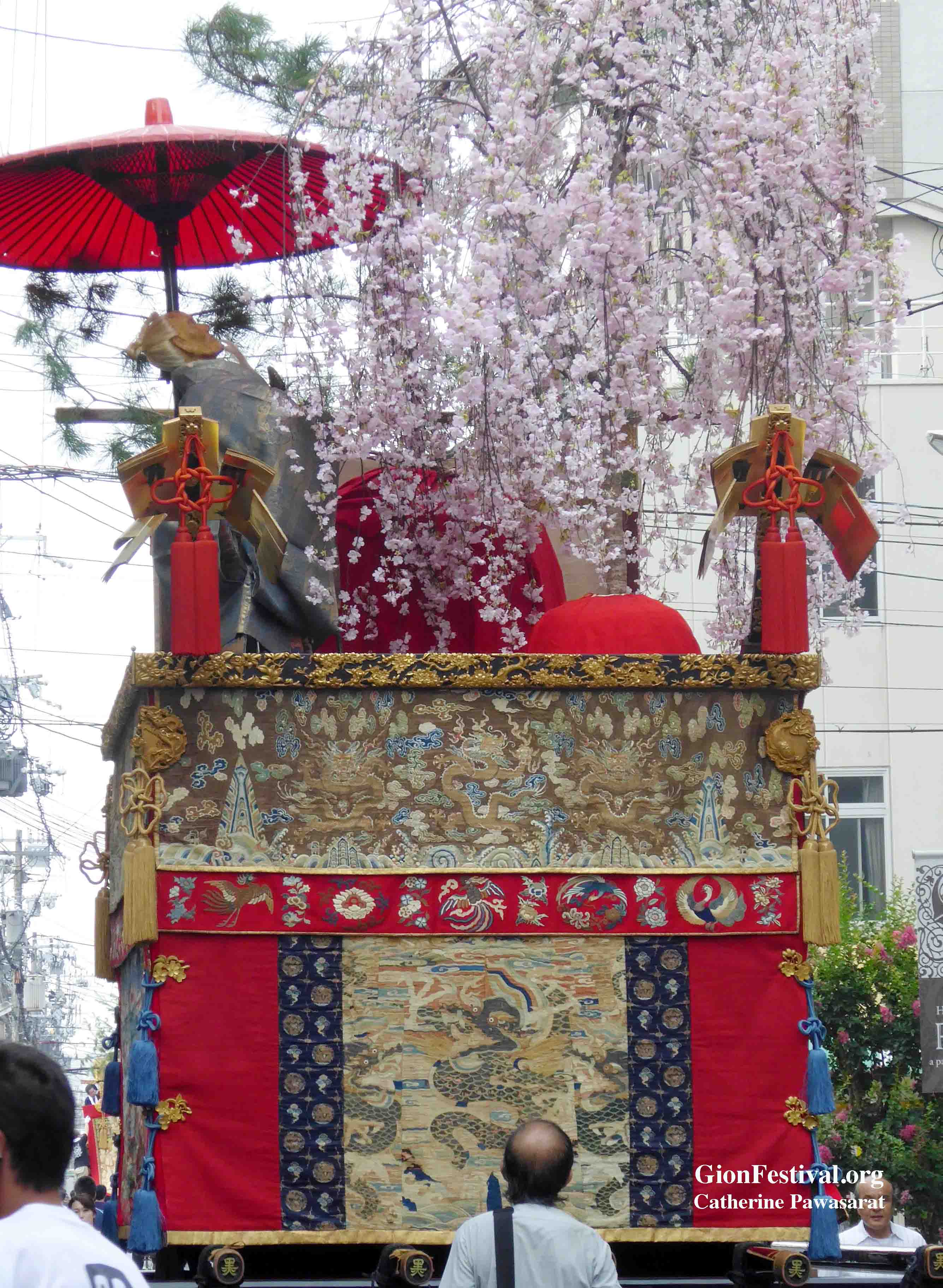 Sakura viewing is a poetic and beloved Japanese pastime.

The tenth-century poet Ōtomo-no-Kuronushi was considered one of the six poetic geniuses of the early Heian period. It’s said that his poetry was so great that he became a deity, enshrined in the neighboring province of Shiga. Kuronushi enjoying the beauty of cherry blossoms – a favorite Japanese pastime – forms the central image for a famous yōkyoku or noh song called “Shiga.”

A senior festival patron who grew up in the Kuronushi Yama chōnai told me that before the 15th-century Ōnin War the Yama was called Saigyō Yama. According to this elder, Saigyō Hōshi was a 12th-century samurai who gave up battle and became a monk and prolific poet, authoring many famous poems related to cherry blossoms, a common metaphor for the glory of youthful warriors whose lives come to a sudden end. Saigyō’s most famous poem related to an old man enjoying cherry blossoms. 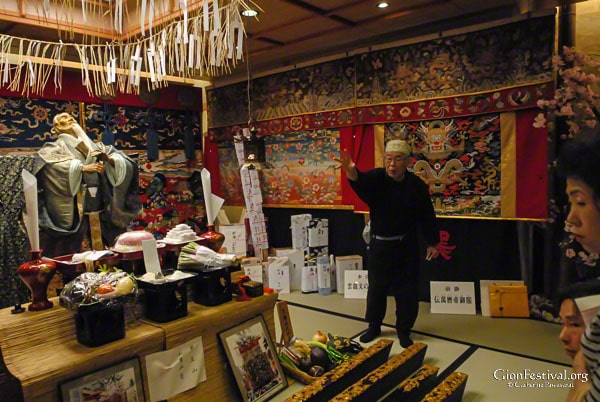 One of Kuronushi Yama wonderful features: at regular intervals this man regularly explains the provenances of its treasures to the public (in Japanese only).

Like many yamaboko, Saigyō Yama was destroyed in the Ōnin War. When it was relaunched, my acquaintance said, it had the name Kuronushi Yama. The “new” float featured an elder man enjoying cherry blossoms, and the elder wasn’t sure how or why the name change took place.

This story exemplifies how much of the Gion Festival’s history is and has been an oral tradition. Interviews with chōnai members combined with other research methods reveal the rich and varied history of this ancient festival.

Note the remarkable collection of Chinese textiles at Kuronushi Yama. The modern display area is large enough that originals and reproductions can be viewed and compared side by side.