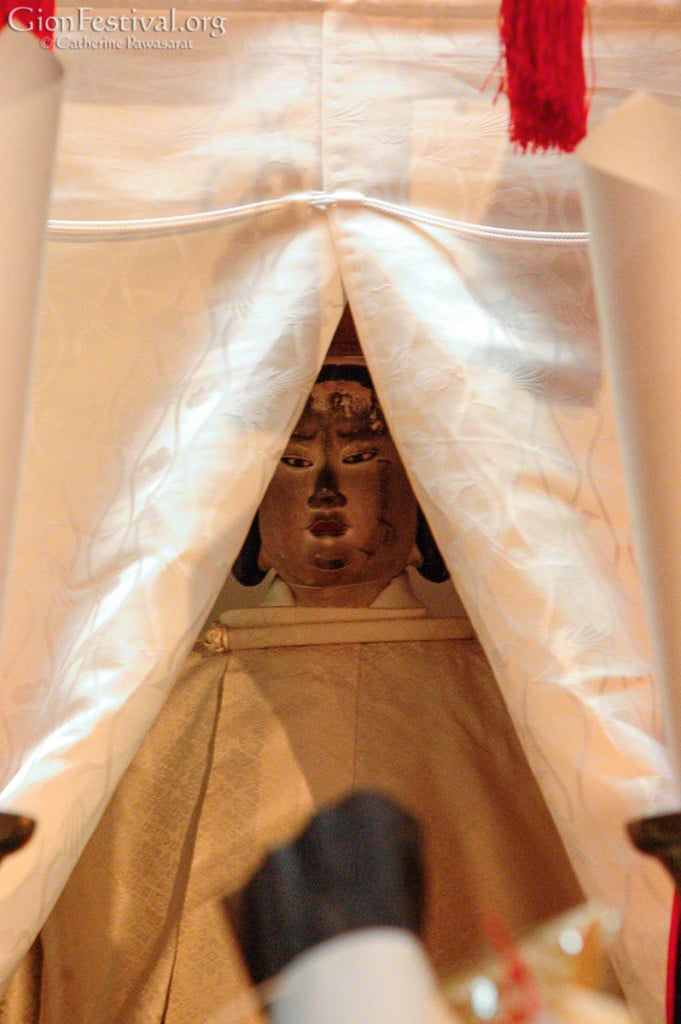 Taishi Yama features Shōtoku Taishi, a 6th-century Japanese genius and saint. Among other things, he introduced Buddhism as Japan’s state religion, drafted Japan’s first constitution, and first centralized government, based on influences from the Asian continent. A prodigious scholar and devout Buddhist practitioner, he also commissioned the construction of numerous Buddhist temples. The float depicts him chopping down a cedar tree himself in order to build a temple dedicated to the divine guardians of four directions, hence the cedar adorning this float (others feature pine trees). Part statesman, spiritual leader, tree-chopper – Shōtoku Taishi was a true Renaissance man. A highlight of Taishi Yama is viewing the historic Hata family kyōmachiya townhouse. The display area facing the street is where the 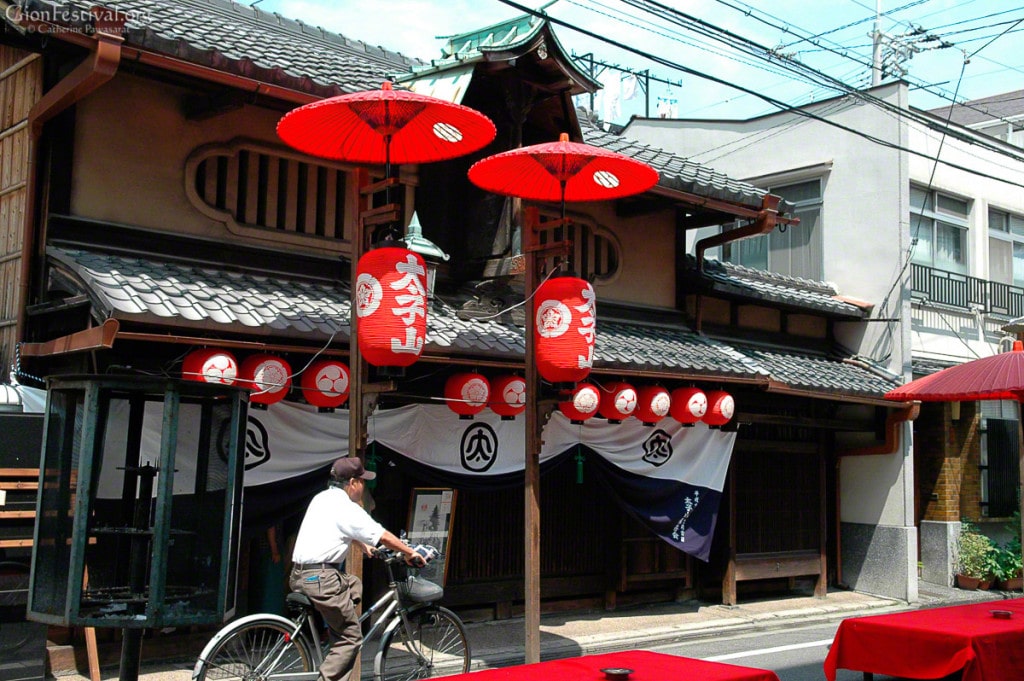 The historic Hata family home is the backdrop for public benches shaded by Japanese umbrellas at Taishi Yama.

family business originally took place, with the living quarters extending back into the city block, where it’s quieter and more private. It’s still a private home; the Hata family very graciously continue to open it to the public during the festival every two of three years , as they have for generations. To visit a traditional private home more extensively, see Hakuga Yama.  Note the 18th-century Indian embroidered tapestries, recently supplemented by newly embroidered ones from Vietnam. See also  the exquisite golden dragon metal fixtures. We can also enjoy – to conservationists’ dismay – some of this float’s antique textiles outdoors. Some of the chōnai believe in using the festival treasures as festival patrons have for centuries, sharing them as float decorations rather than conserving them indoors.