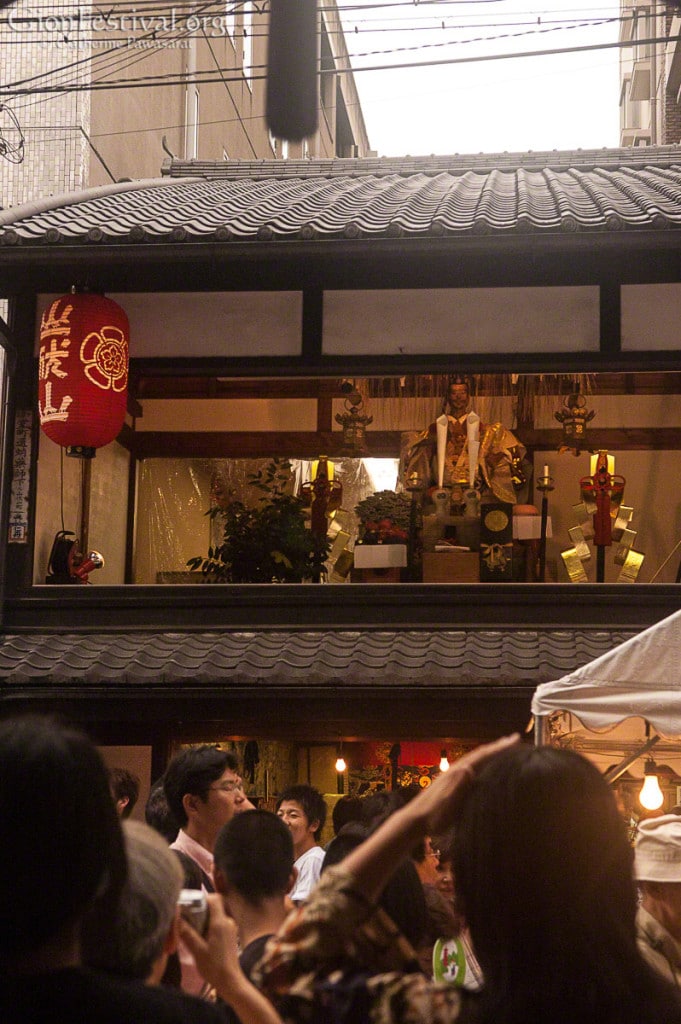 Spiritual logistics: The design of the two-storey chōnai machiya allows the sacred statue of Jōzō Kisho to emanate blessings on festival visitors passing by.

Yamabushi (“one who bows in the mountains”) are ordained adherents of the 1400-year-old spiritual path called Shugendō. It’s a nature-based syncretic spiritual path that combines Buddhist studies and practice with Taoism, Shinto, mysticism and ascetic disciplines. This float enshrines the 9th-century yamabushi Jōzō Kisho, who was renowned for the superhuman powers he developed through the dedication of his practice. He’s most famous for righting the leaning Yasaka pagoda; it still towers straight and tall today, south of the Yasaka shrine in the Gion district. Yamabushi Yama is located in a traditional Kyoto machiya or townhouse, and the sacred statue of Jōzō Kisho has pride of place on the second floor. This yama has an outstanding collection of antique embroidered textiles, some of which they received from the neighboring Kikusui Boko’s chōnai when their float was destroyed in the great 1864 fire. You’ll enjoy them from very close up due to the economy of space in traditional downtown Kyoto architecture. 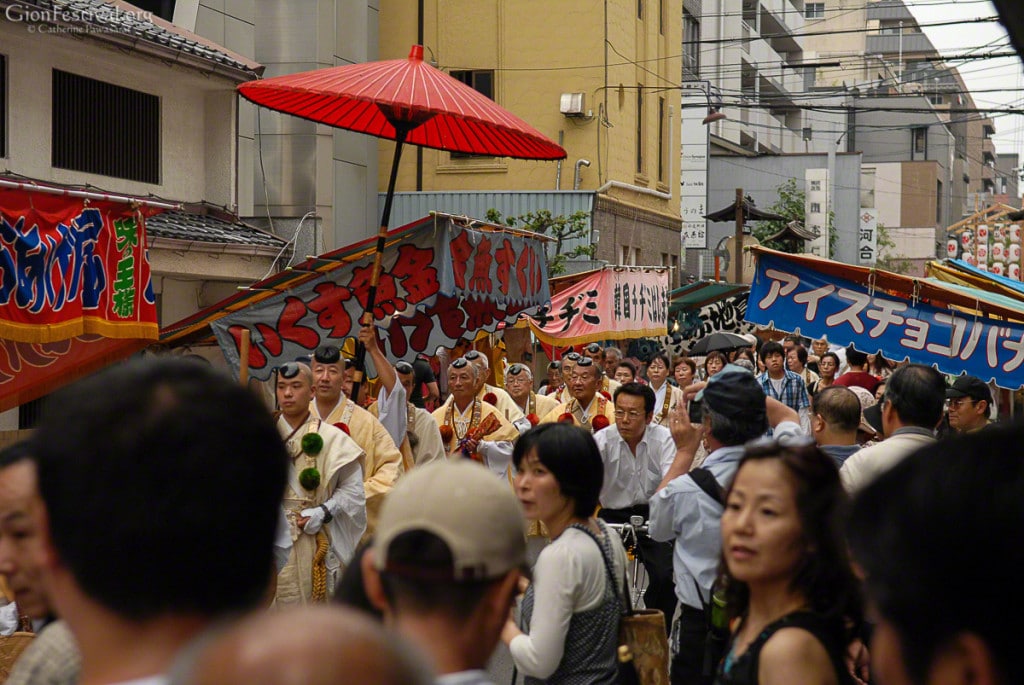 Standing out in the crowd: Modern-day yamabushi come each year to pay homage to Jōzō Kisho.

Yamabushi can still be seen around Kyoto today. You’re most likely to catch a glimpse of them during the Gion Festival: they visit this float (Ennogyōja Yama as well, dedicated to the founder of ) every year to pay their respects to this great practitioner. During the 2014 Gion Festival, the Yamabushi Yama chōnai innovated its displays to incorporate prayers and fundraising for the recently devastated Tōhoku region. In particular it supported a permaculture-like shoreline reconstruction project designed to protect against future tsunami. For an 1100-year old festival, how cool is that? Learn more about contemporary Yamabushi in this video by Fritz Schumann.