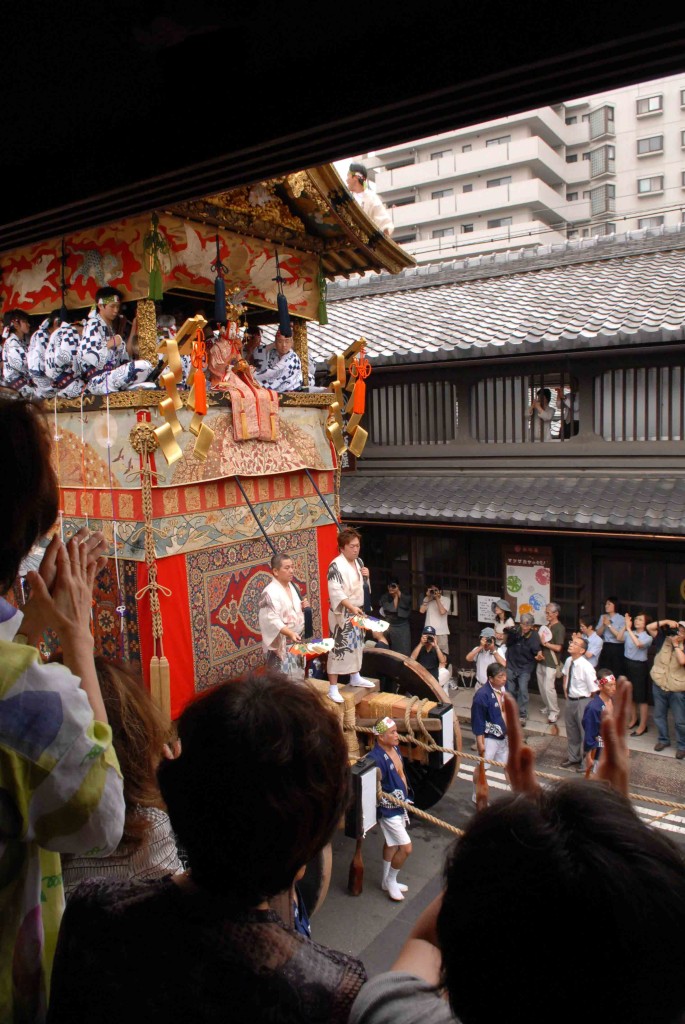 Some parts of the procession recall what the festival looked like 100 years ago. Note the medallion carpet replica on the front of the hoko. Photo © Catherine Pawasarat.

As the name indicates, Tsuki Boko is dedicated to Japan’s moon god, Tsukiyomi-no-mikoto.

Tsukiyomi-no-mikoto governs the night and is also the deity of water, perhaps leading to the aquatic motifs you’ll see in this float’s decorations.

Having survived several great fires over the centuries, Tsuki Boko is one of the oldest floats, and as such features extensive, historic treasures.

The paintings on the ceiling inside the float are by 18th-century artistic genius Maruyama Ōkyo. They depict scenes from the great novel Tale of the Genji, cleverly portrayed within images of fans.

The metalwork shells are diverse and seem biologically accurate, as do the flowers – all of which bloom in July, when the Gion Festival takes place.

While the West sees an old man in the moon, Japanese see a rabbit; you’ll enjoy the amazing carvings of rabbits leaping amidst gilt ocean waves on the roof gables.

Tsuki Boko survived the 1864 fire that destroyed many other floats (such as the nearby Ōfune Boko and Ayagasa Boko), so you can imagine the disruption caused by that great fire and the relief and gratitude felt by the floats that survived it.

In the display area you can see a rare, early 17th-century medallion carpet from Lahore that may be the festival’s most valuable. See also Tsuki Boko’s beautifully embroidered panels of mythical beasts that previously adorned the float and are now conserved inside instead. 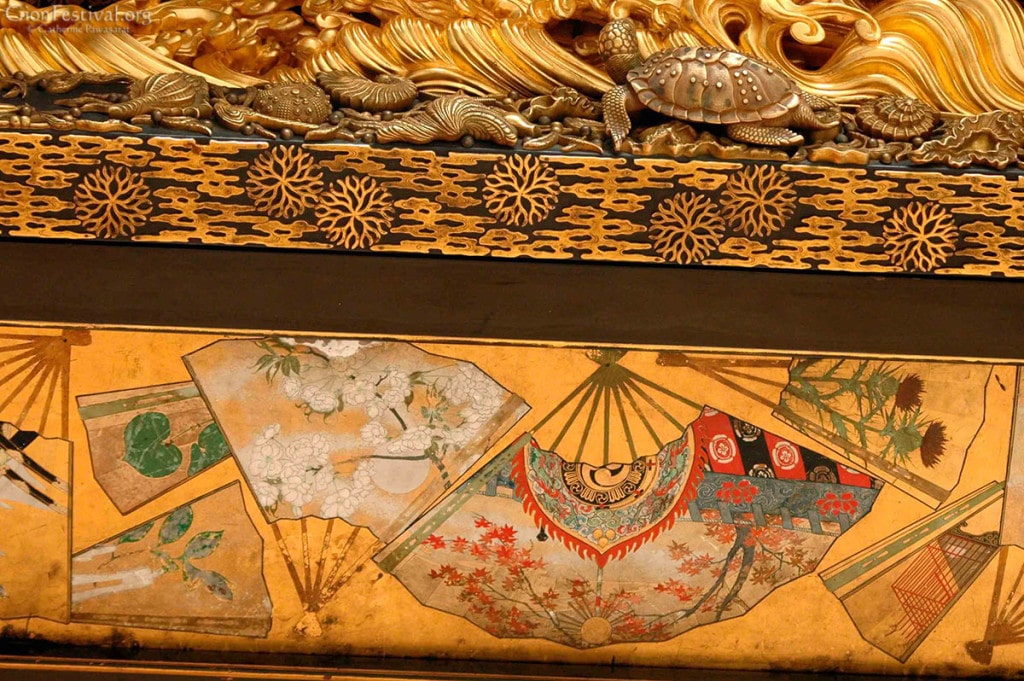 Note the scenes from Tale of the Genji inside the fans and the incredibly detailed metalwork.  Photo © Catherine Pawasarat. 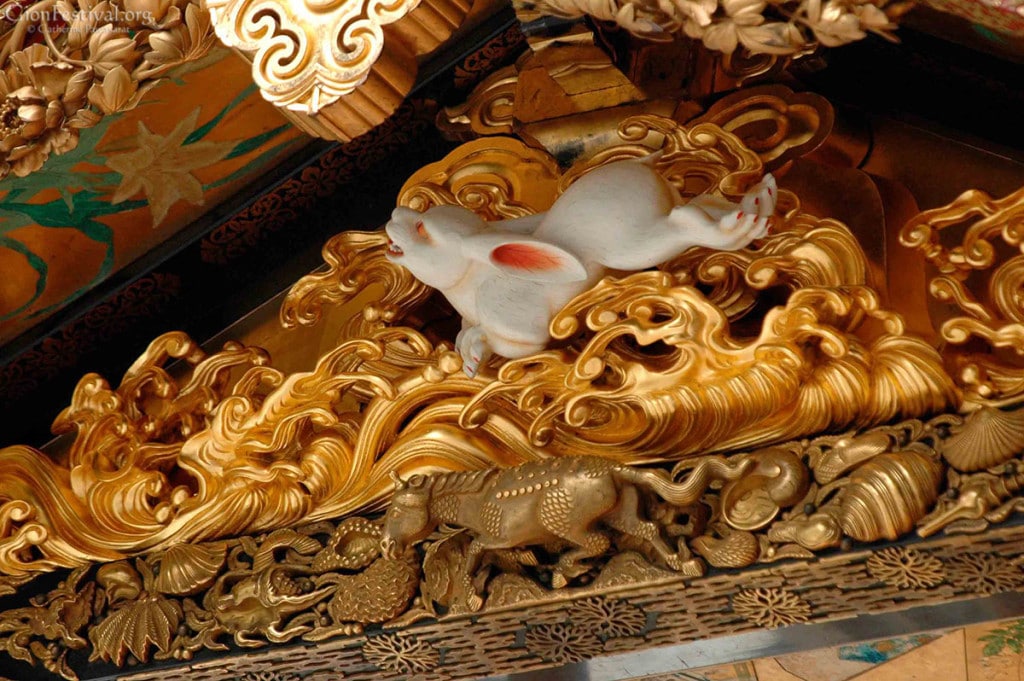