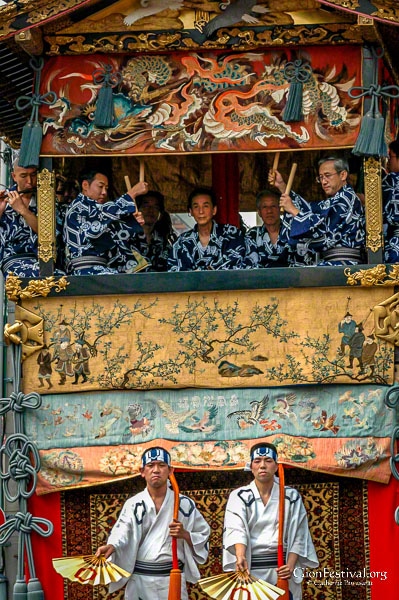 The juxtaposition of diverse textiles and other decorative elements makes for unparalleled visual delights.

Kita Kannon Yama is perhaps the most traditional float and chōnai in the festival; only chōnai members and their guests may visit the float and its treasures. As the municipal, prefectural and national governments have promoted the festival as a tourist attraction, Kita Kannon Yama has managed to retain its original feel as a neighborhood event. This neighborhood has also conserved traditional buildings, including some of the most beautiful and generous byōbu matsuri displays in the entire festival. 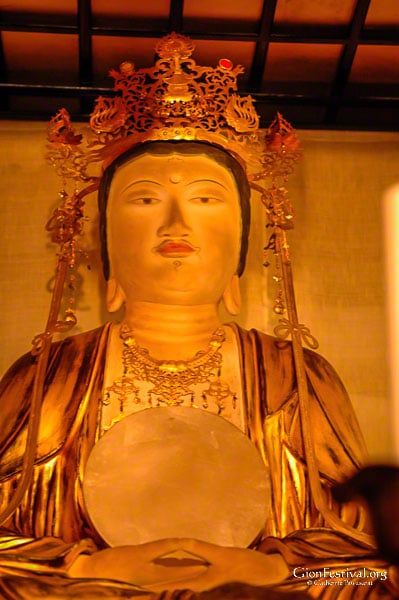 As the name suggests, this float is one of two dedicated to Kannon, the Buddhist bodhisattva of compassion. Kannon is the Japanese version of Avalokiteshvara, the Indian bodhisattva of compassion, who is male. Kannon is typically female, though Kita Kannon Yama’s sacred statue of Kannon sports a light moustache and goatee. This points to a longstanding if little-recognized tradition of gender flexibility in this country, which can also be seen at Iwatō Yama. See Minami Kannon Yama for more about Kannon. Just to keep us on our toes, Kita Kannon Yama, Minami Kannon Yama and Iwatō Yama form a small group of yama that look like hoko. The pine as their central “mastpole,” is what marks them as a yama. 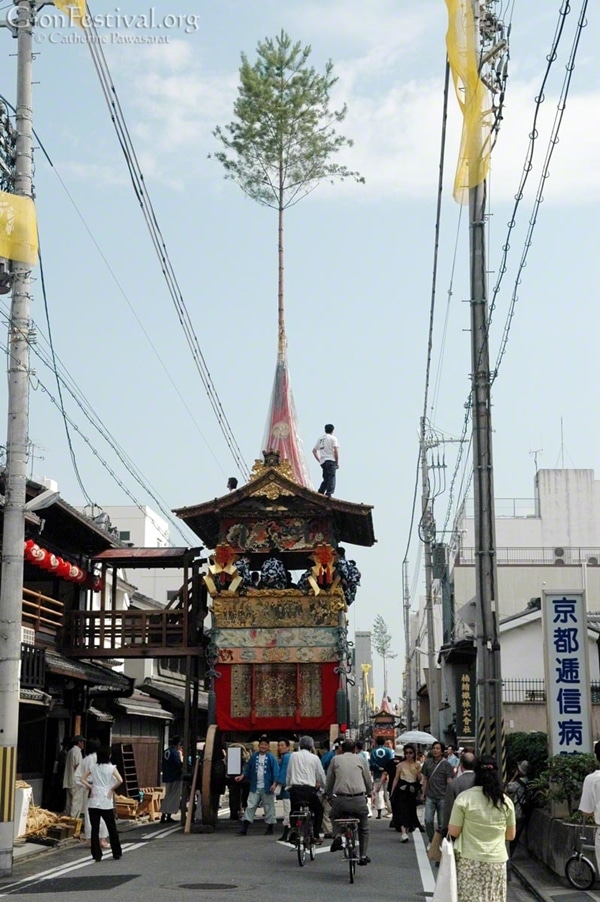 Kita Kannon Yama: one of the yama that looks like a hoko. Note the pine tree in the middle, one hallmark of a yama.