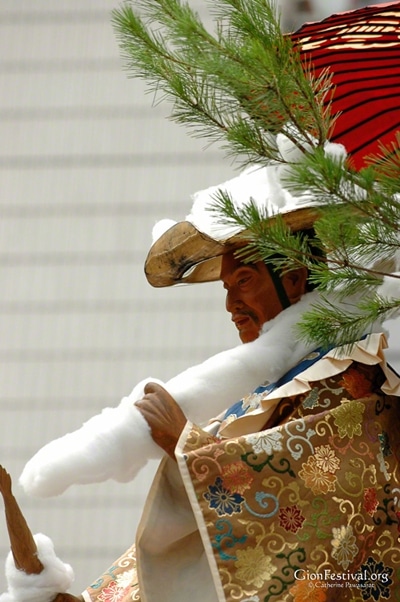 Supernatural skills for a sacred statue: Note the expressiveness of Mōsō’s face and the quality of his costume.

According to a Yuan dynasty (13th-14th century) Chinese text on Confucian values, Meng Zong (Japanese: Mōsō) was a lower-level government offical who lived in the 3rd century. His mother was seriously ill, and wanting to provide her with some relief, in desperation he wandered around in the snow looking for bamboo shoots, her favorite food. Bamboo shoots don’t grow in snow, and exhausted and dispirited from his fruitless search, he collapsed on the ground. Thinking of the woman who cared for him his whole life dying at home, Mōsō shed some tears. Where they fell on the ground, miraculously, he then found bamboo shoots, out of season. When he cooked them up for his mother, she recovered. The story goes that everyone agreed the miraculous was made possible by Mōsō’s virtuous devotion. Along with Kakkyō Yama, we can see here the influence that Confucian values had on Japanese culture. You’ll notice the strikingly dramatic, mostly black- 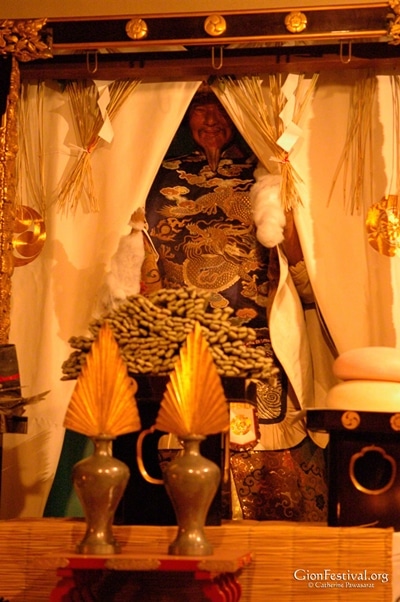 and-white tapestry depicting bamboo, with weaving imitating Japanese ink paintings. This textile was based on a painting by Kyoto artist Seiho Takeuchi, famed for combining traditional Japanese aesthetics with European realism at the turn of the 20th century. This float’s treasure display lies down a beautiful wooden walkway, opening onto a small courtyard. This type of festival display area is similar to those of Arare Tenjin Yama and the ato matsuri’s Koi Yama. 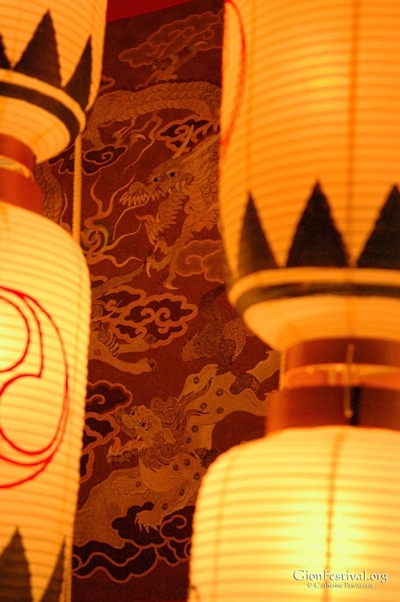 Mythical animals dance in the lanterns’ light at Mōsō Yama.