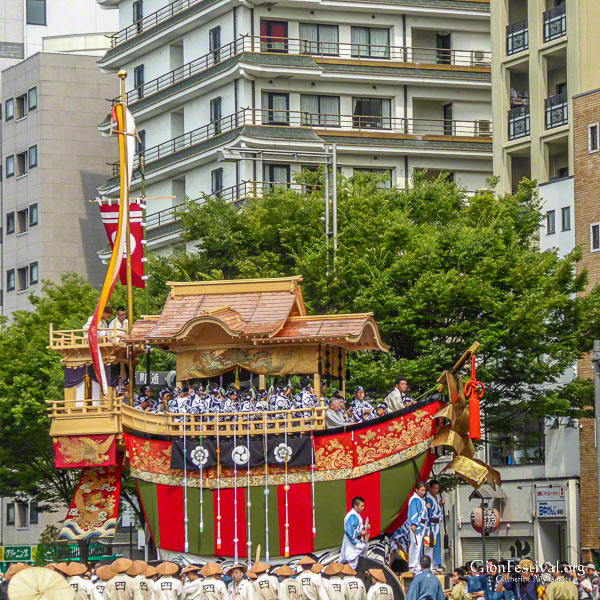 The new Ōfune Boko, the Great Ship float, cuts through waves of people on its inaugural journey in July 2014.

Ōfune Boko was destroyed in the great fire of 1864, and only some of its treasures survived. To reconstruct such a large float, of such complex shape, under Japan’s current economic conditions seemed an incredible undertaking. It’s to the chōnai‘s enormous credit that they were able to bring it all together within a decade. 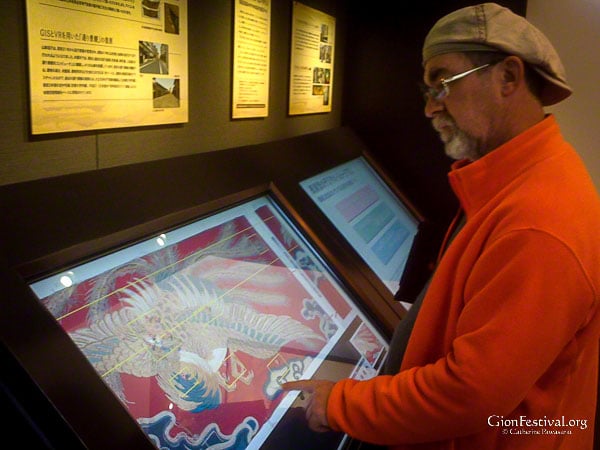 The reconstruction of Ōfune Boko was a tremendous opportunity: Ritsumeikan University’s Art Research Center made high-resolution digital images of the float, its component parts and treasures.

It’s also an incredible accomplishment for a broader community of supporters: donations accounted for the majority of the ¥120 million in costs, and reconstruction was possible in part thanks to technology, university research, and other floats’ support.

Ōfune Boko originally paid tribute to the same four deities as Fune Boko, but all of its sacred statues and regalia – save Empress Jingū ‘s noh mask – were lost in the fire. This gives us an idea of how precious noh masks were considered: someone must have risked their life to retrieve it. 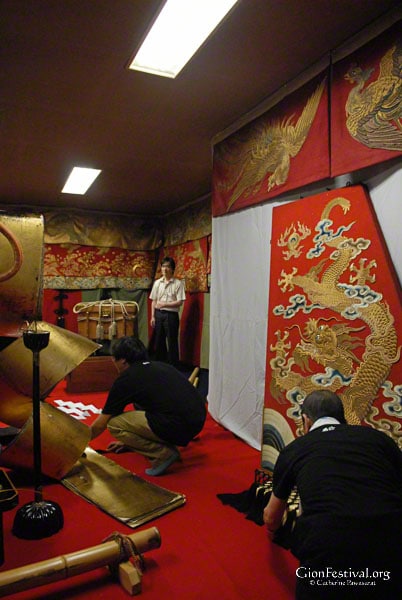 Though the original float and its sacred statues were destroyed by the great fire of 1864, some of its other treasures were saved and conserved, and adorn the newly reconstructed float.

You can read about the engaging legend of the captivating Empress Jingū and her ship’s divinely-assisted journey to the kingdom of Silla (modern-day Southern Korea) on the Fune Boko webpage. It’s said that she was “victorious over” Silla without a battle, and that she came back to Japan with a ship full of tribute, which is why Ōfune Boko is larger than Fune Boko: Fune Boko is her ship departing Japan during the earlier saki matsuri, and Ōfune Boko is her ship returning, heavy with treasure, during the later ato matsuri.